Tokyo_Day of the "official" performance.

Maki (from Kyoto) e-mailed some higher rez photos of the Urbanguild performance. Here they are: 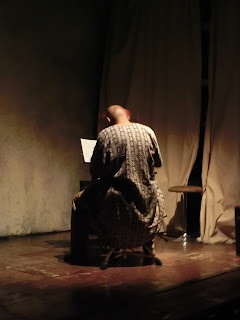 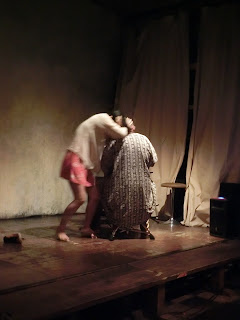 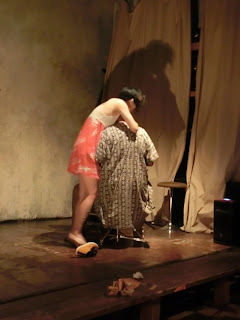 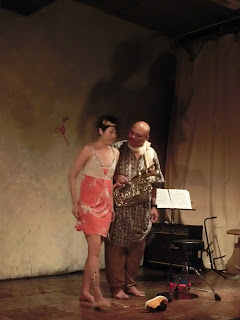 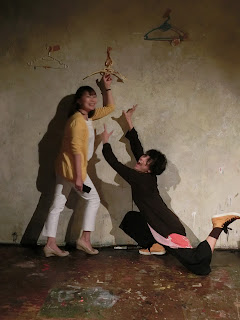 Sunday (June 30) was the performance organized by Mark Rappaport with his wife Michiyo Yagi (17 & 24 string koto), Nori Tanaka (drums) and Jason Roebke (bass). It was a good and very pleasurable performance. It has been a long time since I have done a whole evening (two sets) of free improv. I think not since the days of "Purple Gums." Here are some shots from that performance: 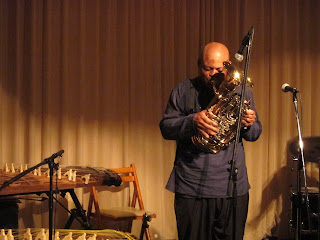 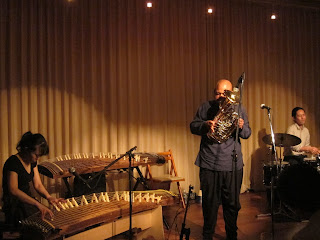 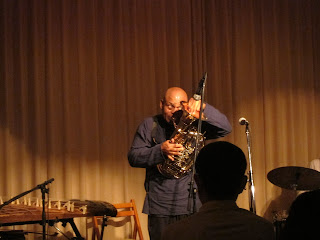 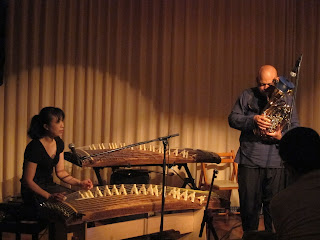 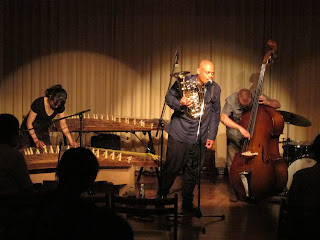 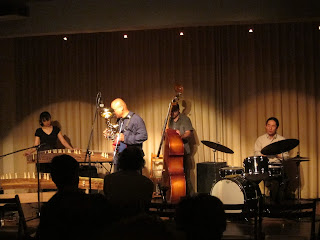 Tonight is the show at IHJ, the funding organization for this trip. I was told they expect a lot of people. That is not what I expected. I don't think it is what they expected either. I suspect this means I had better figure out something to say. Of course, I could let the music speak for itself. That is a dangerous way to go though. Folksongs and pop music are pretty articulate when it comes to making their own case. Beyond those genres, I believe a little help from the music's friends makes for a less alienating experience for the audience. The performance is titled "Cartography," the name of a CD (with Glenn Horiuchi and Francis Wong) that I manufactured for this trip. So, if I just name the cities that I have been to, half the program time will be used up. A good strategy.

See you later.
Posted by Roperadope at 6:15 PM