In early October I did a gig on a concert of Creative Alarm Inventions Festival of new music and improvisations. I was a guest of two duo ensembles: Medicine Show (which now seems to be a trio with me as an actual member) and Orange Peal Vibrations. Medicine Show is Jonathon Grasse on guitars and Tom Steck on drums/percussion. Orange Peal Vibrations is Gabriel "Slam" Nobles and Joseph Mitchell on percussion. Both groups gave fine performances. Before the show I ate at R & R Soul Food. Eating there has the tradition associated with playing at Cal State University Dominguez Hills. You will see by the photo that I had beef short ribs.

Halloween was interesting. I always try to get out of the house on Halloween. I am not interested in answering the door and handing out candy. The deal is that the kids are only supposed to go to house with the porch light on. I have discovered that they pay no attention to this rule. If I stay at home, I have to keep ALL the lights in the house turned off if I don't want the doorbell ringing. This I got out of the house by doing a gig with the ensemble Decisive Instant, in Pasadena. There were four ensembles that played. Decisive Instant is a large ensemble. This performance was a tribute to Sun Ra. We did only Ra tunes. A great time was had by all and we got to dress up.

This month I got one of those strange calls. The owner of L.A. Eyeworks wanted a tuba player to play at the store during an event that all the shops on the block were putting on. Why? Why not? Turns out that her father was a trombone player. That is plenty of justification in my book. I played outside of the shop. It turned out to be a very enjoyable gig. It didn't have to be that way. When you play on the street, anything can happen. Only good things happened. It was cool.

In amongst those things I did a session for a song for the band "Diamond Baby," having Matt Sorum and Ace Harper as the main members. I liked the tune. We'll see if it gets released and if the tuba is still on it. My experience is to not trust that you'll survive editing until the project has hit the streets.

R & R's and the performance 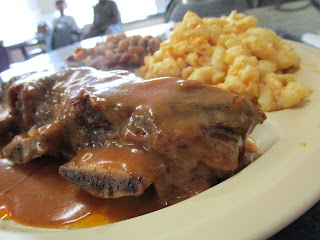 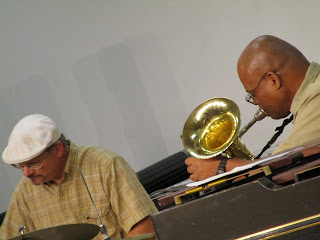 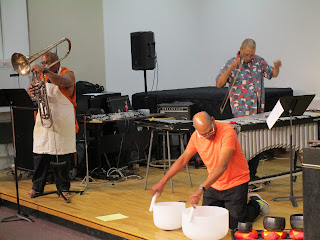 Decisive Instant
Brad Dutz and Kaoru Mansoor, along with Will Salmon
played in one of the small ensembles. 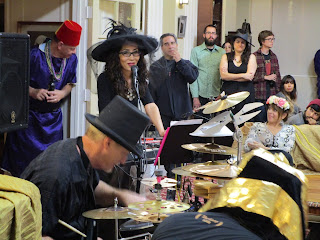 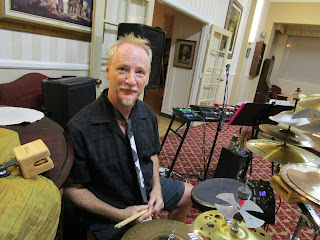 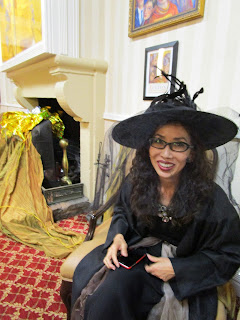 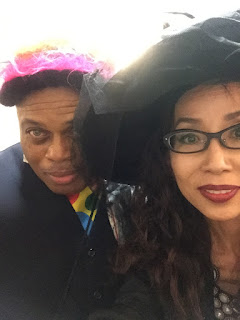 Now we get to the honoring of Sun Ra. 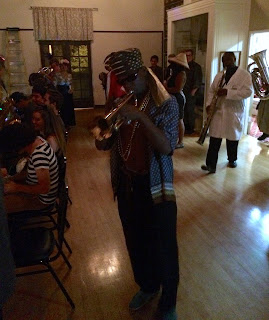 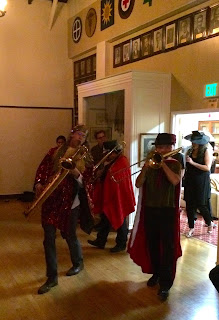 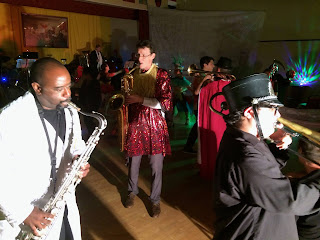 Will and Ted did a performance with puppets. 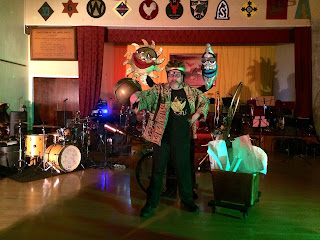 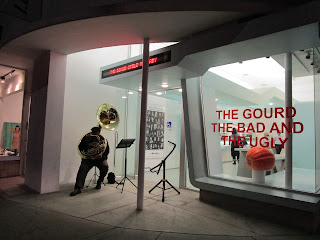 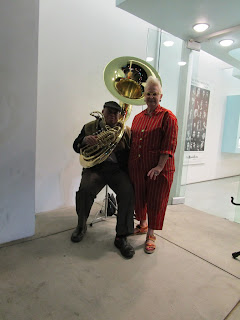 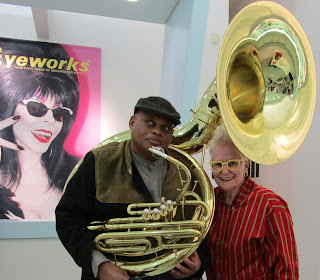 Posted by Roperadope at 12:19 AM No comments: