A Couple of Sessions in the Time of COVID

There is occasionally some music work that happens in the ongoing crisis. Actually, in reality some people have been continuously working, but they are they anointed few with home studios and big time hookups. For the rest of us, gigs are extremely rare. I did manage to do two recording projects at the end of January. One for a project of  Woody Aplanalp's and one for  Vinny Golia. Woody's was stacking a few passes for a pop song. A really good song. I think people will like it, if they manage to get the project out into the world. That is always the challenge, getting it out into the world. Vinny's is a large project. He has realized the large ensemble portion of the piece on with samples and synthesizer, then sent some of those files out to various folks and asked us to improvise over them. Then he is going to select and mix those in for the final composition. I will be interested to hear how this turns out. The ensemble parts are very dense. It was a challenge to figure out how to place any improvisation into it. But I managed. Who knows what he will actually use? I decided to go over to Wayne Peet's to record my contributions. It was just easier that way.

The other news from the end of the month is that I assembled the electric bike and have had a few rides on it. I like it. It will take a while to get used to it. I have to get used to just riding a bike again and then there is the added aspect of the power provided by the electric motor. Riding it is not intuitive, I can tell you that. 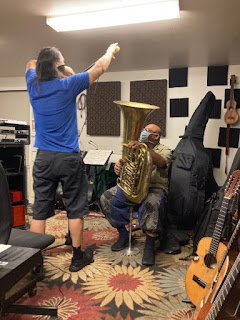 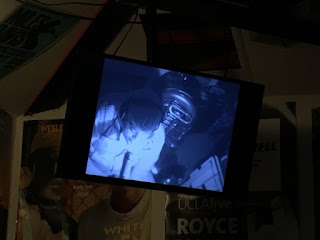 Doing a vocal for Vinny's project from Wayne's remote studio. 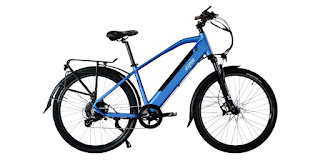 Posted by Roperadope at 11:45 AM No comments: