The Pronghorn Is Not An Antelope Nor A Deer.

Wednesday I did an improvised performance with Dominique Matelson. It was a last minute thing. Dominique put the evening together in a former yoga/dance studio in Atwater Village. There were also performances by Dylan Marx & Armand Paul, and Cate Kennan. Dominique and I have only worked together one other time. Corey Fogel was also part of that improvisation. So we had no idea how it would work out this time. I have to say it was quite fine. 30 minutes of a coherent improvisation anchored by three of Dominique's poems. The crowd was definitely into it.

I got to use two instruments for the first time. A while ago I made a Pronghorn oboe. When I ordered the bone (the femur), I expected it to be a lot bigger. I had a different vision for it. But it is very small. Maybe 6 inches long. So I had to adjust. I put a hole in its closed end, and three fingers holes along its length for some additional notes. I use a plastic oboe reed to generate the sound. It is pretty hip. Works better when it is played loudly. The other one is the fujara. It is an overtone flute, originally from Slovakia. Traditionally they are made out of wood. The one I purchased is made of PVC and is in sections. Makes it easier to take around. Nice sound. Very soft though. 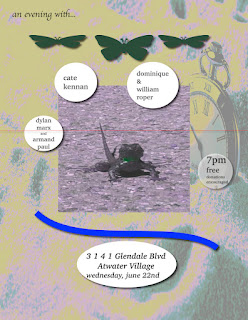 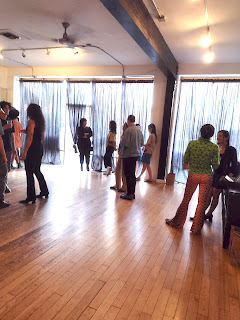 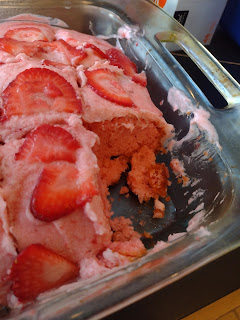 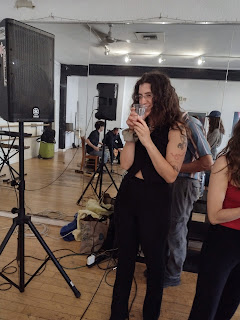 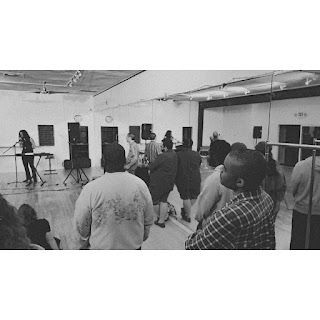 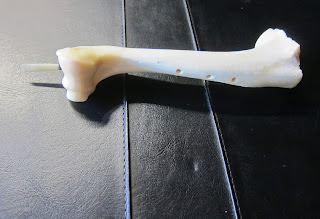 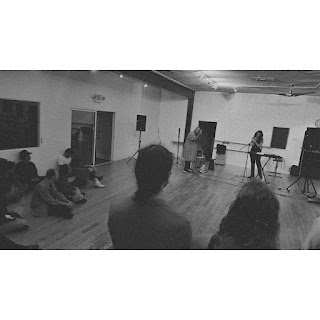 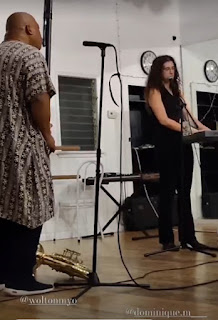 I've said it before, I'll probably say it again...this Blogger app is incredibly funky in placing photos. I'd never chose the order/layout you see here. And I had to take the captions out. They seem to confuse the software in an extreme way. I don't have the time or energy to fight it, particularly if I am going to lose anyway.

Posted by Roperadope at 8:23 PM