On Saturday P.A.P.A. performed at the RedCat Theater at Disney Hall. This year is the 61st year of the ensemble. I think this was a big time gig for P.A.P.A. RedCat is one of the best sounding theaters that I have played in with the ensemble. The other one was at the Wadsworth Theater on the Veteran's Administration grounds in 1997, led by Horace Tapscott. I didn't have time to take photos at RedCat, but downloaded some taken by Chuck Koton, from Facebook. 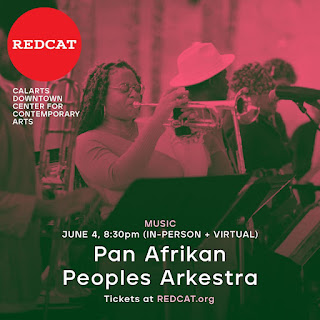 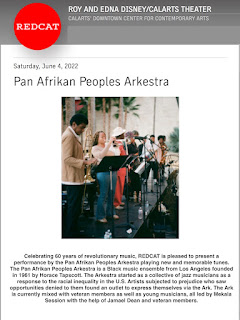 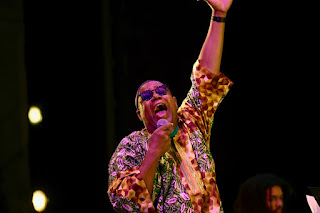 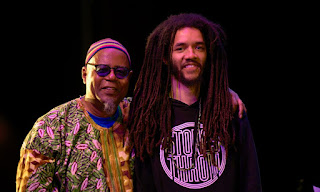 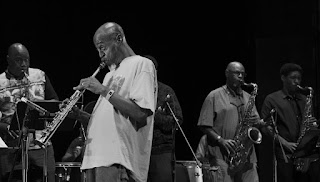 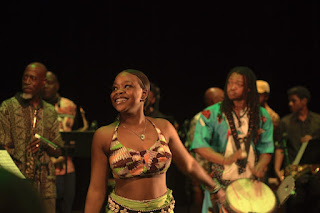 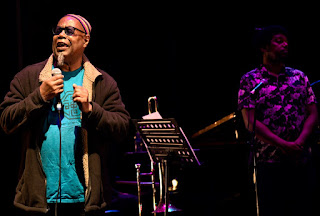 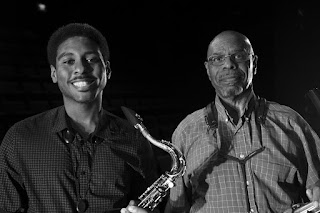 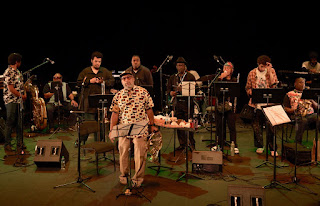 Sunday a lot of the same musician's reassembled for a recording of Jesse Sessions group The Gathering. This too was to celebrate the 61st anniversary of the P.A.P.A. We recorded Horace's Ghetto Suite. 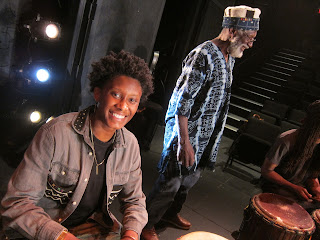 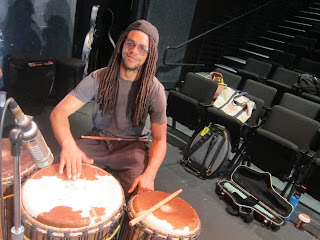 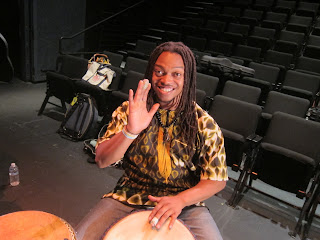 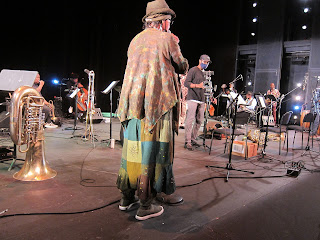