The Eastside Arts Initiative commissioned a string quartet and its performance at LACSA and YOLA at Torres. It has been a long road getting it finished but the end of the project is near. The original plan was to present the performances then record the composition. But as they say in Zimbabwe, "Shit happens." So on October 15, we recorded the quartet. The performances will now happen on Nov. 10 & 12. Because of COVID restrictions, they will not be open to the public.

The ensemble is the Koan Quartet. The Koan commissioned my first string quartet, titled You are Responsible, Forever, for What You Have Tamed. You might recognize that title for the piece was inspired by Antoine de Saint-Exupéry's The Little Prince. Because shit, in this case COVID, happened, the piece has yet to receive a performance. So it goes.

But the new piece, titled Juvenile Terrestrial References - Semi-Autonomous Zones, is chugging along for its premiere performance. And the recording is done. More specifically, the recording part is done. It has to be edited and mixed. I'm going to do that this Thursday, Nov. 3. It is going to be one of the more involved post production sessions I've done. Actually I am sure it will be the most involved. I do have another project in the can that will even top this one in terms of post production, but first things first. The quartet played really well and had a refreshing attitude. As usual, Wayne Peet's expertise, crazy ears and musical sensitivity in the engineer's seat made everything flow easily. I think the recording is going to be quite grand. Below you'll find photos of the session.

And below those photos you will find a single shot from an Oktoberfest gig Richárd Bernard's Zeitgeist Polka Band did on the west-side of town. I only include this photo because the light is so hip. It was a small version of the band, a trio. There is something to be said for that. Fewer people to police the tempo for. 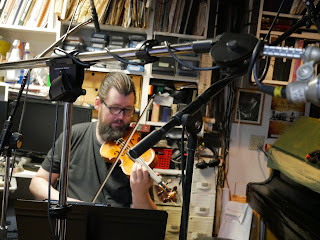 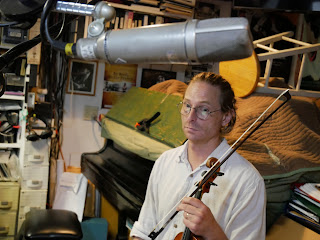 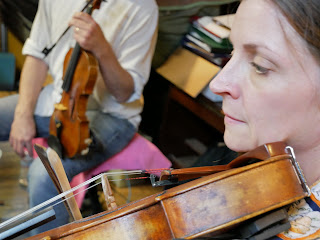 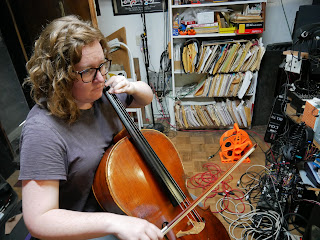 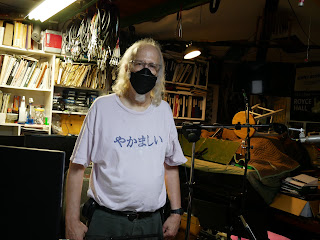 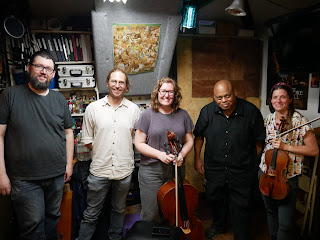 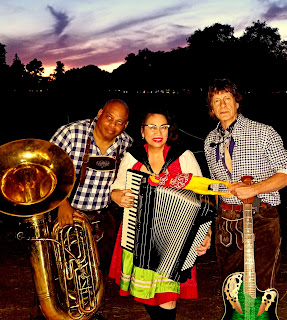