It should be clear by now that I make instruments out of animal parts. The instruments are necessarily primitive and crude. Some work well, some barely work at all. When I did that recent project for B. McCreary that needed some sounds for Orc war horns, the request was made for wooden and bone horn horns. Wooden horns you can find and more importantly get good sounds out of. That is because you can control the manufacture of the instrument. Bones are a different story. Basically you take what you can get. I started with cow femurs from my work in the food industry. Those are still the best bone instruments I have. But because of my trip to Middle Earth, I looked around for longer, better bones. I got longer, I wouldn't say better. You saw the photo of the giraffe metatarsal in the September 28 post of this blog. I added a couple of springbok horns at one end and a trombone mouthpiece at the other, resulting in a very cool looking trumpet. It doesn't sound as cool as it looks. What can I say? Bone is bone. They are porous, that inner passage is irregular and random, you don't have much of a bell. But it does work, especially when microphones are employed.

And microphones were employed in the realization of Jessie Cox's Black Mother - ship, which was the finale of the Heidi Duckler Dance production The Body of the People. I used several homemade instruments, as well as some you can get from any good instrument dealer, in Jessie's piece and my own solo section. In that solo section, my character was ancestor calling forth my cohort ancestors and the audience to travel with me to another level of existence. So I chose instruments that made sense to that, but mostly I spoke. Yes, I made it all up on the spot. Gina Cline gets credit for the shots of me as ancestor-caller.

That same weekend (Oct. 21 & 22) I was back at Wayne Peet's studio to do a recording led by Welsh harpist Rhodri Davies, who was at the start of a short U.S. tour. Also on the session was Ang Wilson, playing electronics. We did Davies/Roper, Davies/Roper/Wilson and Davies/Wilson. I'm using the names because using harp/tuba, etc. is so far from what was happening as to be silly. I listened to the roughs a couple of days ago. I think that they are very good. I don't know what Rhodri intends to do with the recordings. Maybe you'll have a chance to hear them someday.

The big excitement is that this past Sunday, (Oct. 30) I was on a shopping trip in Manhattan Beach. There were a lot of people walking around with pumpkins. Okay, it was the day before Halloween, so maybe not so strange. But all of the pumpkins had wheels! The shopkeeper informed us that Manhattan Beach has an annual pumpkin race. I knew you would want some shots of that! (Some of those pumpkins weren't pumpkins.) 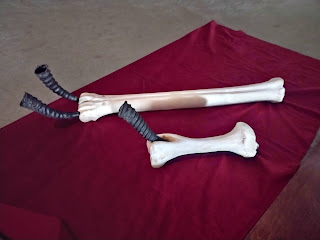 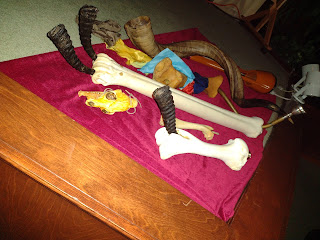 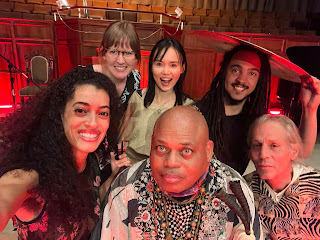 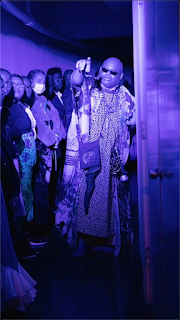 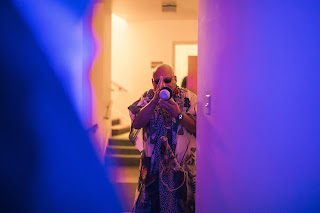 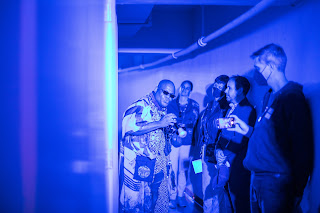 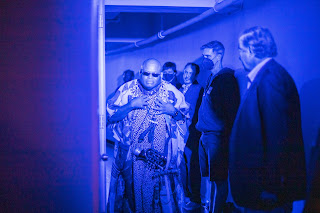 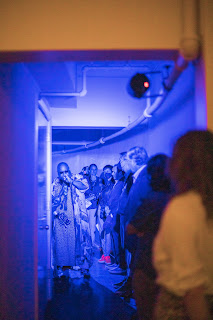 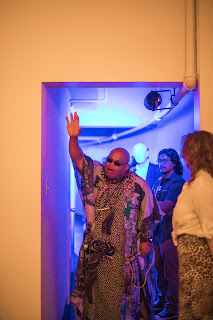 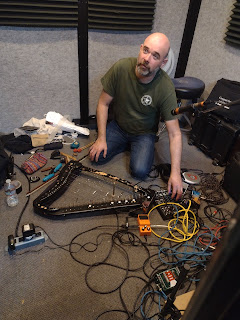 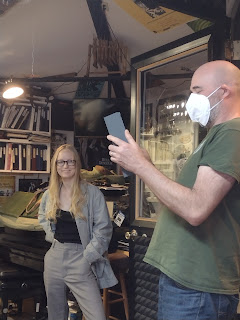 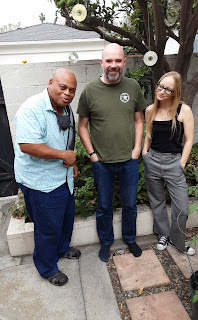 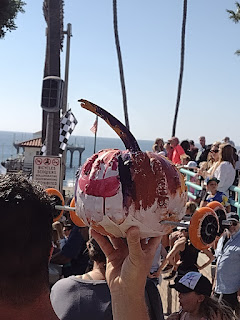 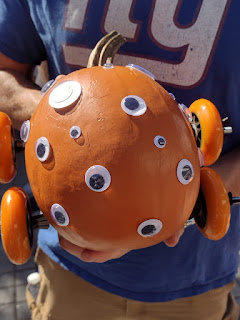 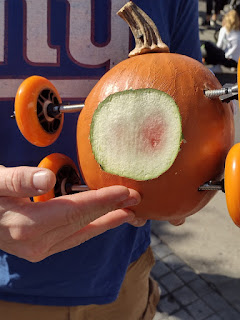 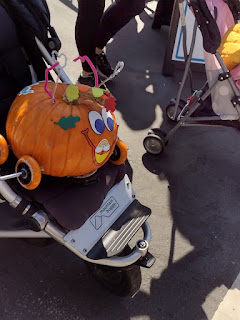 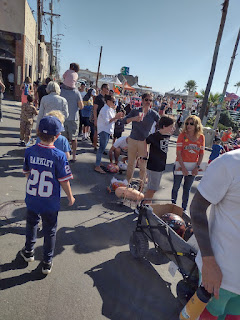 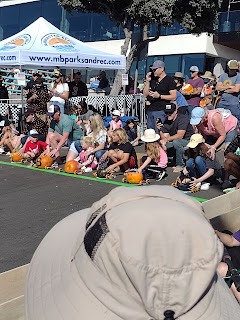