Back at the beginning of July, the 7th, to be exact, my piece "Fishin' dem Bones," got another performance. That piece, commissioned by Dr. Raymond Burkhart, has gotten a lot of performances. Who would have guessed? If it keeps it up, it will become my most often performed piece. I won't complain. What was different about this performance is that I conducted it. An interesting experience. Not only do you have to find ways to get several people to do what you want at the same time, you have to know what you want. Not necessarily so easy. You'd think it would be, especially for the composer. The difficulty is that there are a lot of choices. Many of them just as right as others. Then, whichever decision you make, you have to live with. You have to make a bad decision into a good one. It is good that music exists in time, lives in time. It never stands still. It moves on, makes you move on. It was a good performance. The ensemble was The Decisive Instant. Large. Winds, percussion, keyboard, electric strings and a female voice. I have now heard it with enough different types of ensembles, that I want to hear particular other ones. For example, an ensemble that is majority strings. Today I was wondering if it would work with a cappella voices? I think it would be beautiful, but I suspect all of them would have to have perfect pitch. We'll see what time brings.

Click >>HERE<< to watch a video of the performance.


These two drawings and photo are by Dean Westerfield. I should explain the "Bee," drawing: During the very final moments of the piece, I am standing in front of Vinny Golia. He pointed to a fly that was flying around. Once I noticed it, the fly landed on my hand. I figured it would take off immediately. It did not. It stayed on my hand. I was fascinated. So fascinated that I decided to show it to the audience, never thinking that it would remain on my hand for a second longer. But it did. Long enough for me to do a short monolog about it. And it still didn't leave, but the piece needed to end, so I needed to slap it off my hand and end things. At the end of the video, if you look closely, you can see the fly on my hand. 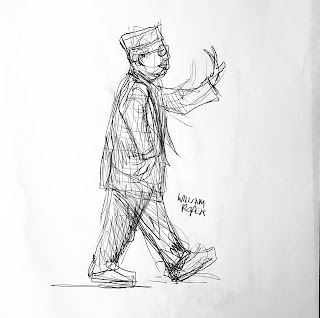 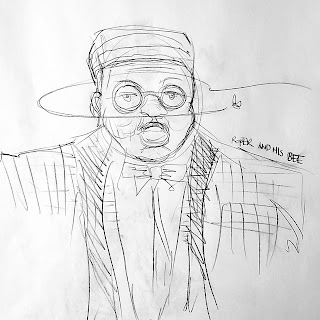 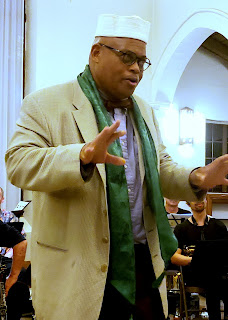