This past weekend I did a hit with the present iteration of the Pan Afrikan People's Arkestra, otherwise known as PAPA. I first played with the group back in 1984 when Horace Tapscott called me to play a concert they had as part of the Olympics festival. I performed with them fairly often until Horace's death in 1999.

The band didn't die with Horace, which is saying a lot. These days, I'd say it is going pretty strong. Mekala Sessions is the leader and drummer. He is the son of saxophonist and ARK veteran Michael Sessions. I have been playing with them for about a year now. The band is a mixture of veterans and youngsters. I like it. The band has a certain kind of freeness to it. It is also based on a concept of community. There is a commitment to the African American neighborhood writ large that is rare. Of course, predominately African American large music ensembles are rare, and that my friends is really some food for thought.

We played at Zebulon in Frogtown. Also on the set was P.A.P.A.'s vocal component, the Union of God's Musicians and Artists Ascension (UGMAA), led by Dwight Trible. Special guest opening the evening and also performing with PAPA on our set was Angel the Oracle, from Chicago. A fun time was had by all.

The photos below are from earlier in this 12 month period that I have been back with the group, as well as last weekend's coming together. There are also two burger shots from Saturday (Phat Daddys Burgers) and Sunday (Rick's). Both were very good burgers. Is there a bad burger? Not really. 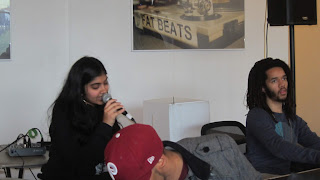 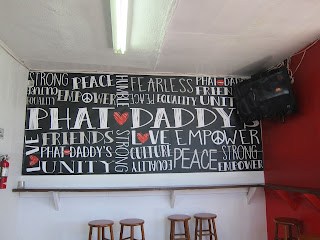 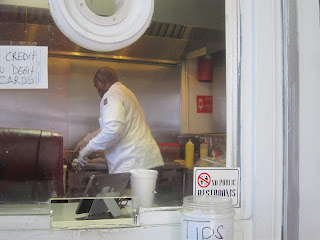 Posted by Roperadope at 9:49 AM